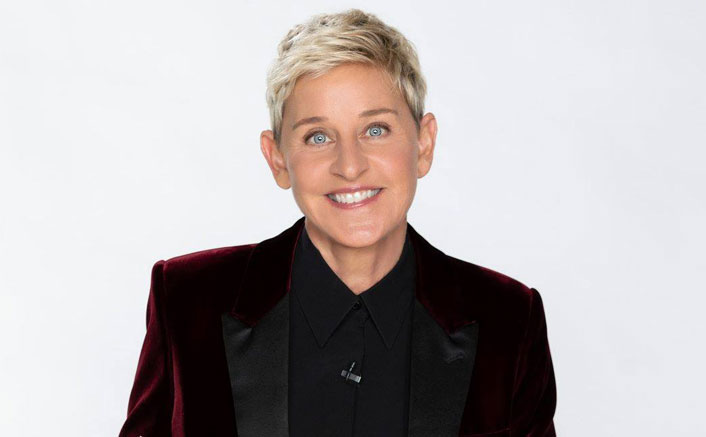 Ellen DeGeneres is one of the most beloved talk show hosts and celebrities in the United States. Since the ’90s, Ellen has been making her mark in Hollywood and show business. She is best known for her original talk show, “The Ellen DeGeneres Show,” which aired for 19 years, from 2003 to 2022.

Now that she has departed from her most successful project yet, a lot of people might be asking how much money does Ellen DeGeneres make in a year? In this article, we’ll outline how much Ellen Degeneres makes, and what she is currently doing in her career now.

How much money does Ellen DeGeneres make in a year?

According to Forbes, Ellen DeGeneres makes an estimated $80 million per year. Around $50 million of these earnings came from the Ellen DeGeneres Show until it eventually ended in 2022. The rest of her earnings can be attributed to her other projects such as TV and film appearances, or endorsements for brands.

Besides the Ellen DeGeneres Show, Ellen also has other series such as Little Big Shots, Ellen’s Game of Games, and Ellen’s Next Great Designer. On these shows, she’s worked either as a host or as a producer.  She has also hosted renowned award shows like the Emmys and the Oscars.

As of September 2022, DeGeneres’ net worth is around $380 million. Ever since she aired her last episode of the Ellen DeGeneres Show, Ellen has not been seen in any public projects. The final episode aired last May 26, 2022.

How much money does Ellen DeGeneres make per episode?

It’s estimated that Ellen makes around $200,000 to $280,000 per episode, based on her net worth in previous years. As mentioned, most of these earnings come from the sponsorships and brand deals that the show features.

The Ellen DeGeneres Show was Ellen’s most successful project yet. It started airing in 2003, and since its end in 2022, the show has accumulated over 3,000 episodes in its 19-season run. There are also a number of special episodes which include certain themes. Examples of these episodes are Ellen’s Birthday Show, a Thanksgiving special, and episodes to celebrate particular milestones like the show’s 1,000th or 2,000th episode.

Each episode features interviews with important personalities such as celebrities, politicians, and influential people who work in all kinds of industries. The Ellen Show is also known for featuring viral stars who become popular online, such as child sensations with different talents.

Why was the Ellen DeGeneres Show canceled?

In 2021, a Buzzfeed report was released about the toxic work environment that occurred while producing The Ellen DeGeneres Show. 10 employees approached Buzzfeed to talk about their experiences working on the show. They said they were fired after taking medical leaves or absences to attend family funerals.

The workplace also cultivated an environment of racism and fear.  Top-level producers mistreated lower-level employees, especially those who are of color. Other issues also included employees being overworked, to the point where their mental health is deeply impacted.

Besides issues with producers, Ellen DeGeneres herself was criticized for her personality towards her employees. Her former bodyguard described Ellen as ‘demeaning.’ Viewers of the Ellen Show also pointed out on social media how badly Ellen treats her talk show hosts.

After these testimonies broke out, Ellen DeGeneres announced that her talk show would end after its 19th season. However, she hinted prior to these rumors that the show would end soon.

Who is Ellen DeGeneres?

Ellen DeGeneres is one of America’s most known TV personalities. She first rose to fame with her sitcom named Ellen, which aired from 1994 to 1998. Before pursuing the sitcom show, DeGeneres was known for her stand-up comedy. After becoming famous as a television host and actress, she took a hiatus from stand-up comedy.

She started and hosted The Ellen DeGeneres Show for 13 years. Beyond being a famous TV personality, Ellen has starred in different films throughout her career such as Dr. Doolittle, The Love Letter, and Finding Nemo.

Ellen DeGeneres is known for the catchphrase “Be Kind,” which is integral to the Ellen DeGeneres Show. She is a vegan who advocates for animal protection and veganism. This also shows through her humanitarian efforts, where she advocates for causes such as AIDS awareness, wildlife protection, and Transcendental Meditation for at-risk populations.

Ellen DeGeneres is married to Portia de Rossi: an Australian-American actress. Ellen identifies as a lesbian, and she first revealed her sexuality to the public back in 1997. The pair started their relationship back in 2004. When the same-sex marriage ban in the United States became overturned, the couple got married in 2008.